Coffee is one of the world’s biggest delicacies, and Nespresso changed the coffee game when they came up with sleek pods that are easy to use. Whether you like them or hate them, coffee pods are here to stay, and the single serve coffee market generated $16 billion in sales last year. But, there’s a real environmental impact of coffee pods.

We wanted to find out how big is the single serve coffee market, and the waste created by coffee pods. To do so, we surveyed over 2,500 people across two surveys to see if they use and recycle coffee pods. Here’s what we found:

These waste statistics are alarming, but we found a silver lining in the responses: if the companies make it easy, people will recycle.

We hope this article raises awareness about the issue. We’re fans of some coffee pod machines, but also believe sustainability is important.

Here’s a detailed breakdown of who recycles, the environmental impact of pods, and how the single-serve coffee market has grown in the last decade. We encourage readers to reach out to us with any questions.

The Size Of The Single-Serve Coffee Market

We didn’t start using billions of pods overnight. The idea didn’t exist in 1975 when Eric Favre, a Nestle engineer, was on holiday in Rome. He visited a popular Italian espresso bar and noticed the baristas were pulling the lever continuously to create more crema. Favre was inspired by his visit and worked for ten years to create a simple device that mimics the dynamics of an espresso machine. The device, Nespresso, was launched in 1986 — a machine that added pressurized air into the water and coffee grounds to create an espresso with a thick layer of crema [1].

With some clever marketing, including George Clooney ads that promoted Nespresso machines as luxury items, Nespresso took off. The 1990s saw the emergence of Nespresso competitors, most notably Keurig, with its large coffees that appealed to US coffee drinkers. However, Nespresso, backed by Nestle’s large marketing budget, was clearly dominant, especially in Europe.

The single-serve coffee market surged in the 2010s as coffee pod machines became ubiquitous. Nespresso and Keurig remained the two biggest manufacturers of pods and machines in North America.

We reviewed public reports by Keurig and Nespresso and found that Nespresso had $7 billion in sales in 2021, with Keuring following at $4.7 billion. The total revenue for Nespresso and Keurig for both pods and brewers in 2021 was $11.7 billion, which is an increase from $10.7 billion in 2020.

Today, there are about 400 competitor capsule brands, including big coffee names such as Starbucks and Costa Coffee, which add to the total market size. We believe the total market value of Nespresso, Keurig, third-party pods, and brewers is currently $16 billion.

Technology innovation and improved coffee quality are driving the single-serve coffee market, and it isn’t showing signs of slowing down. Keurig alone has been growing its installed base by 10% per year to 33 million active US households.

The Environmental Impact of Coffee Pods

There’s no beating around the bush — the environmental impact of pods is huge. There are over 60 billion pods consumed in the US and Europe per year. Assuming the average pod weighs 5 grams, this is 640 million pounds of pods. To put it into perspective, the amount of pods consumed per year is equal to 2,600 airplanes worth of pods.

Using our data, 44 billion pods end up in landfills yearly, or 120 million pods daily. This means we’re sending 2,600 planes worth of pod waste to landfills every year.

The numbers are concerning. Seven US states will run out of space in landfills in the next five years. Nationally, the US has 62 years until all its landfills are filled to the brim, which leads us to the importance of recycling. [2]

Who Recycles and Why? Surprising Information On What Matters

We ran another survey targeting Nespresso users. It was an open survey of Nespresso lovers on FaceBook, which skews the sample a bit, but the results were surprising nonetheless. Of the 1,100 users who responded, 84% recycled Nespresso pods.

Even more surprising was the consistent feedback from all respondents. When we asked why people recycle Nespresso pods, we repeatedly heard: it’s easy. Here are some of the replies:

Ease was a common reason for people who do not recycle too. The most common reasons for throwing pods away were distant drop-off points or couldn’t get a Nespresso recycling bag.

People are happy to recycle when it is accessible. There was only one respondent that suggested they simply didn’t care enough to recycle.

What does that say to the coffee companies to increase recycling rates?

What Can Be Done to Increase Coffee Pod Recycling?

The biggest thing coffee pod manufacturers can do to get users to recycle their pods is to make things easy. Fortunately, both Keurig and Nespresso are moving in this direction.

Nespresso’s coffee capsules are completely recyclable through Nespresso’s recycling program. You need a free Nespresso recycling bag. Fill the bag with used pods and drop it off at one of Nespresso’s boutiques or UPS.

However, there are some areas where Nespresso could improve its recycling. The biggest is making recycling bags more widely available. The only way to get a recycling bag is to buy the pods in a Nespresso boutique or order the pods online. If a user buys from Amazon or other retailers like Target, they don’t get a recycling bag, and the pods can’t be recycled without the bag. Even on Nespresso, people need to add bags to their baskets to get them. Nespresso should include bags with all of their branded sleeves. Also, there are few and far between Nespresso boutiques. Nespresso should try to get partner retailers to serve as additional drop-off locations for easier recycling.

Keurig also has a recycling program, but the process is messy. You need to wait for the pod to cool after use, peel the lid (which can be a struggle), empty the used coffee, remove the paper filter at the bottom, and rinse the pod. Only then can you toss the pod with your other recycling. This process takes more time than brewing the coffee.

Keurig is making progress and said in their Corporate Responsibility Report: “To support our workplace customers in reducing waste, we continue to offer our K-Cycle recycling and composting program. Working with recycling partners, this service collects high-volume bins of brewed K-Cup pods and recycles the pod plastic and aluminum lid. The coffee or tea and filter become organic compost. Since the inception of the program in 2011, nearly six million pounds of pods collected through the program have been kept out of landfills.” [4]

It’s good that both companies are making changes, especially Keurig. Even though their recycling program is far from perfect, they are making inroads. For example, the switch to using plastic #5 (recyclable polyurethane) instead of #7 was a huge move and made the pods recyclable in most facilities. Still, Keurig could do more to make the process even easier.

It follows the class nudge principle that people take action when made easier and more aware [5]. Public reminders, default opt-in programs and small rewards can trigger significant behavioral changes. We found if coffee pod companies make recycling as straightforward as possible, the users will recycle. If Nespresso and Keurig included incentives for recycling, recycling rates would skyrocket.

About Our Data And Research

We surveyed over 2,500 people across two surveys to understand how many pod users recycled their coffee pods and why they do it. We also spent countless hours reviewing publicly disclosed information from Nespresso, Keuring, and JDE Peets (the main manufacturer of pod machines). Finally, we tried Nespresso’s recycling program to see how it works, its pros and cons, and read what Keurig users had to say.

This research aimed to quantify the coffee pod waste to prompt more users to recycle. We won’t get everyone to stop using single-serve coffee machines and use Nespresso machines ourselves. We have to acknowledge all coffee creates waste (espresso may have the largest carbon footprint with electricity-intensive machines). But, we can make people more aware of data in hopes they make better decisions for the environment.

Please reach out to [email protected] to learn more about our research. All images are free to reproduce with attribution under Creative Commons 2.0 licensing. 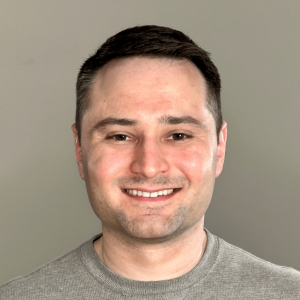 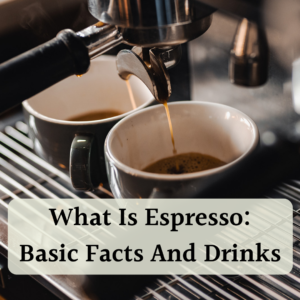 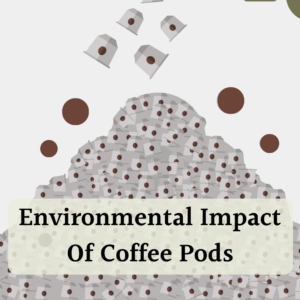 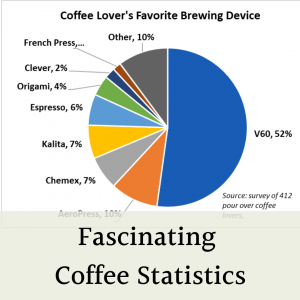 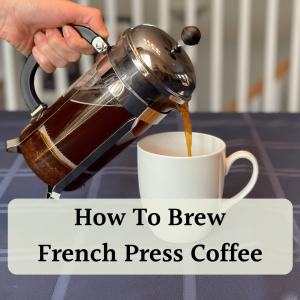 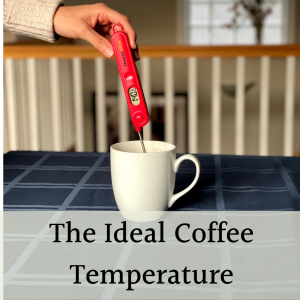 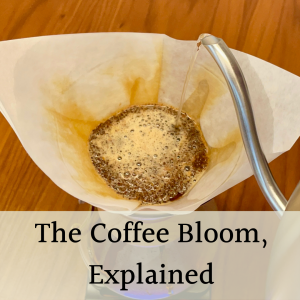